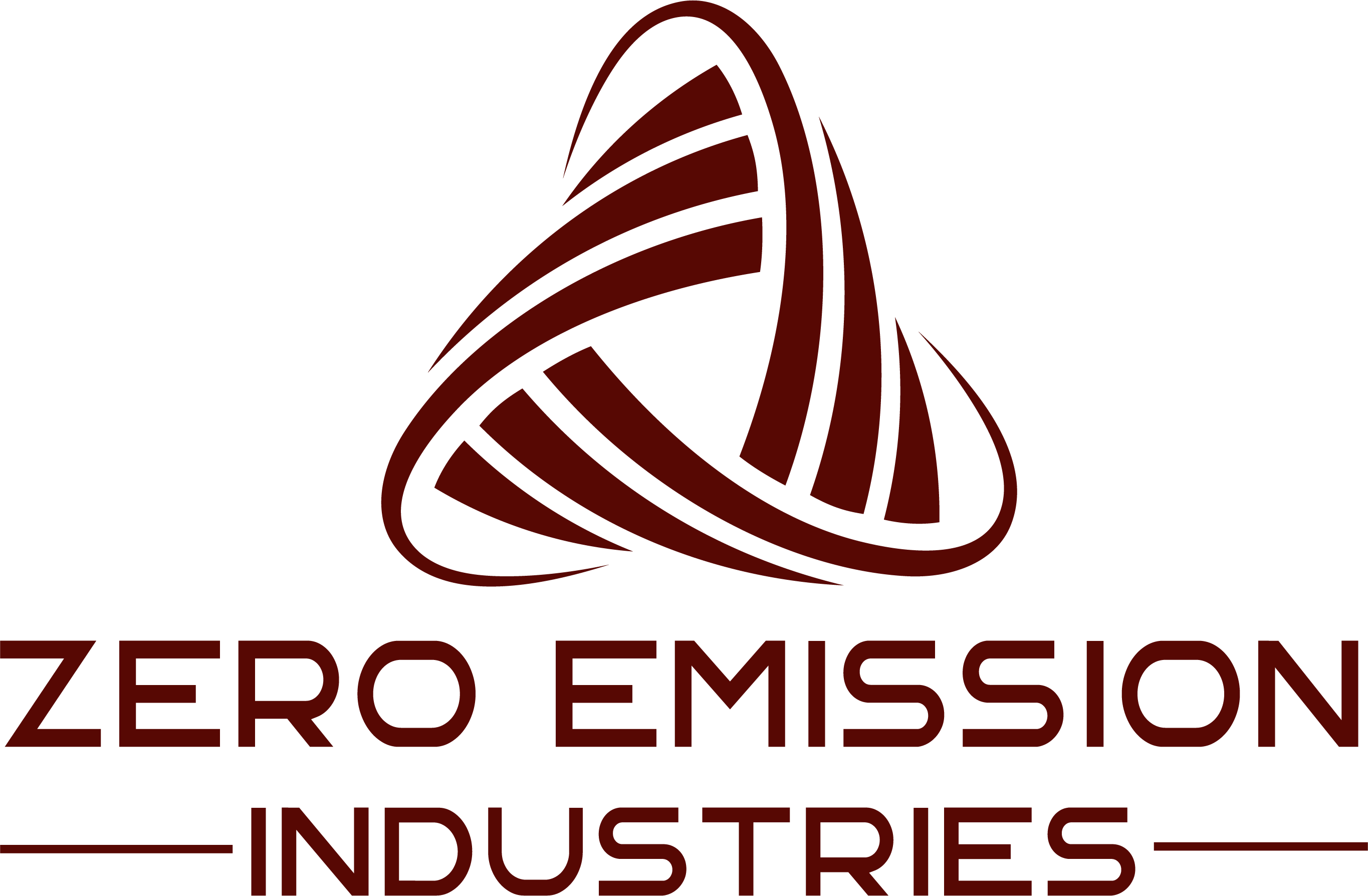 THE HISTORY OF OUR TEAM

The Beginning of a Big Idea

Before co-founding and serving as CEO/CTO of Zero Emission Industries, Dr. Joseph Pratt worked as Principal Member of the Technical Staff at Sandia National Labs. While in this position Dr. Pratt lead a program designed to break down the market barriers to adoption for hydrogen fuel cell power. This was done through studies and pilot demonstrations involving hundreds of commercialization stakeholders in areas such as aircraft power, construction equipment, handheld devices, generators, backup power, port equipment, and hydrogen fueling stations. In 2014 he started examining the market fit for hydrogen fuel cells for marine vessels.

Dr. Pratt founded both Sandia’s Zero Emission Maritime Program supported jointly by the US DOE and US Maritime Administration, and later the Zero Emission Hydrogen Vessel Working Group, a collection of over 400 industry, policy, regulatory, academic, and financial stakeholders representing over 100 entities across more than 20 countries.

During a lunch one day, friend and lifelong contributor to the maritime industry, Thomas Escher, asked Dr. Pratt a seemingly innocent question that would change the future of zero emission power for maritime:

"What about fuel cells for ferries?"

>
The Hydrogen Fuel Cell Project at Honolulu Harbor, to which Dr. Pratt served as a Project Manager
Learn More

With full confidence in the viability of fuel cells on the water Dr. Pratt took this question back to Sandia and developed a feasibility study to prove that hydrogen fuel cells could be a zero emission solution for high-speed passenger ferries. The landmark “SF-BREEZE” report issued in 2016, described in the most detail to-date the technical, regulatory, and economic aspects of deploying hydrogen fuel cell technology on-board commercial vessels.

With a mastery of the commercial implications and best practices for practically applying fuel cells to a commercial passenger ferry Dr. Pratt set out to investigate fuel cell use on a variety of vessel types. To help show the path to adoption and the reasoning behind why Fuel Cells, Dr. Pratt investigated and compared another widely adopted zero emission power source: battery. 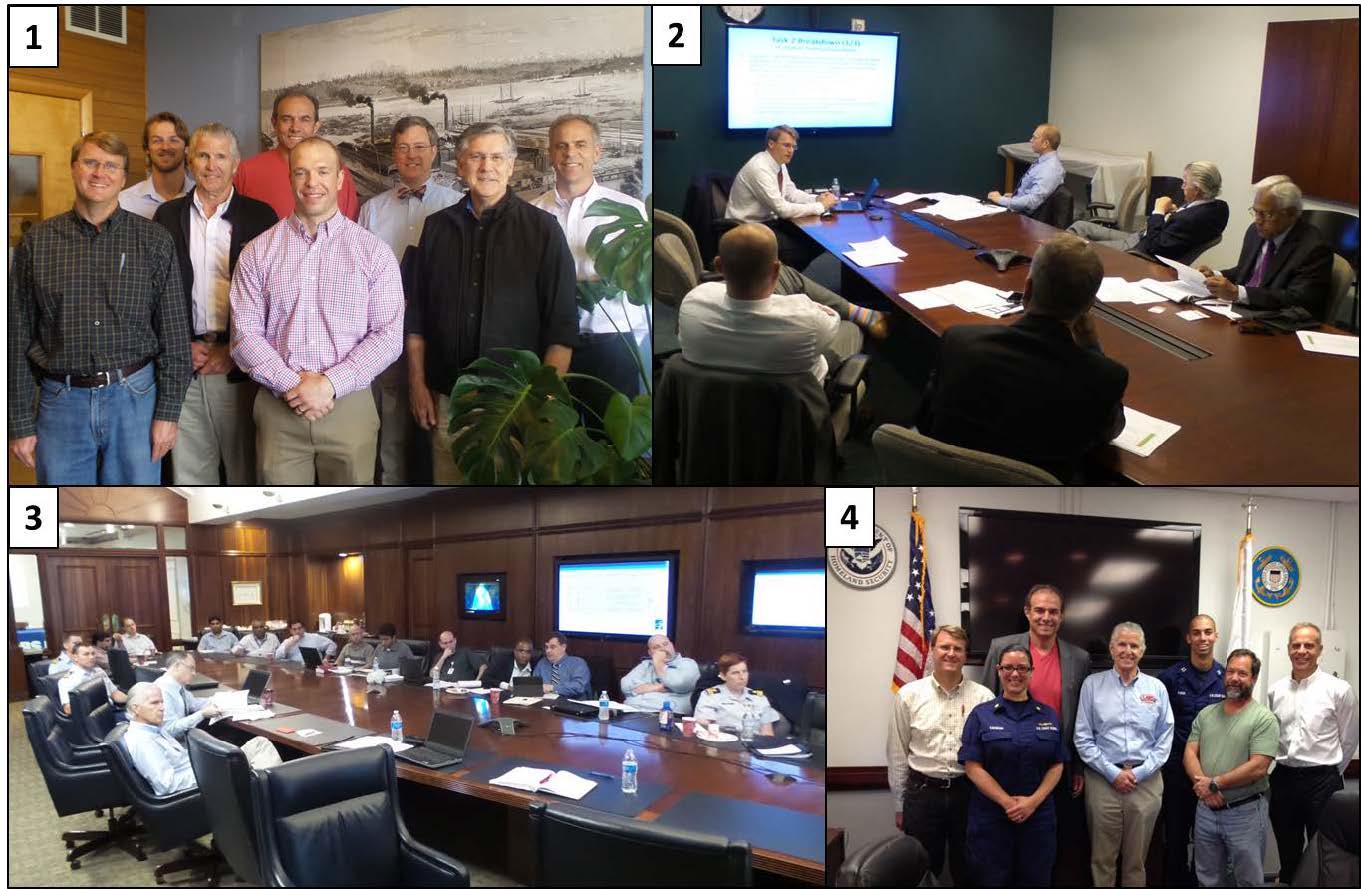 The oft-cited “Practical Application Limits of Fuel Cells and Batteries for Zero Emission Vessels” report shows that hydrogen fuel cells could be used to power nearly all vessels in the world’s fleet from the smallest fishing boats up to the largest container ships. While serving a role in the zero emission ecosystem, the report concludes that batteries, held back by many factors including their gravimetric density and recharging times, are not viable as sole providers of power for most commercial vessels.

This report kick-started worldwide interest in fuel cells for marine travel and created a technical foundation strong enough to produce the hydrogen fuel cell marine market as we know it today.

With the proof and reasoning behind fuel cells for maritime married with the interest he had recieved, Dr. Pratt had to ask himself:

>
The Emma Maersk, one of the largest containerships in use today, is one of the many vessels Dr. Pratt and his team concluded as having an operating profile viable for hydrogen fuel cell use. 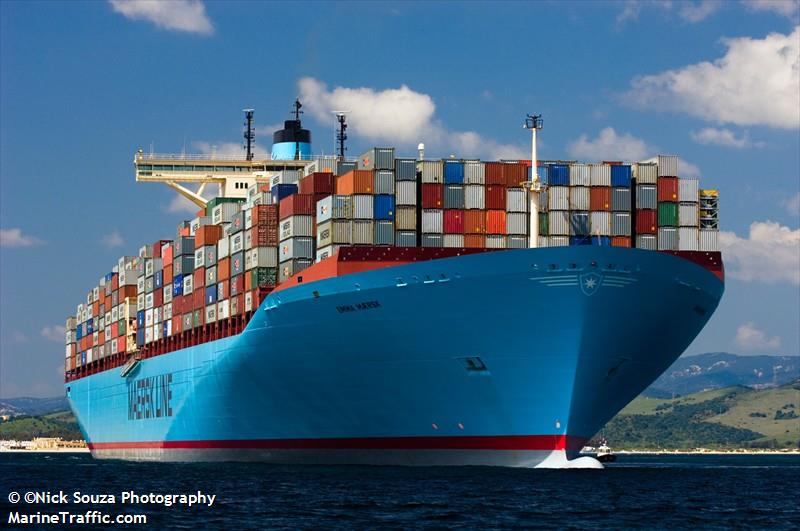 The Start of:
The Water-Go-Round
and
Golden Gate Zero Emission Marine 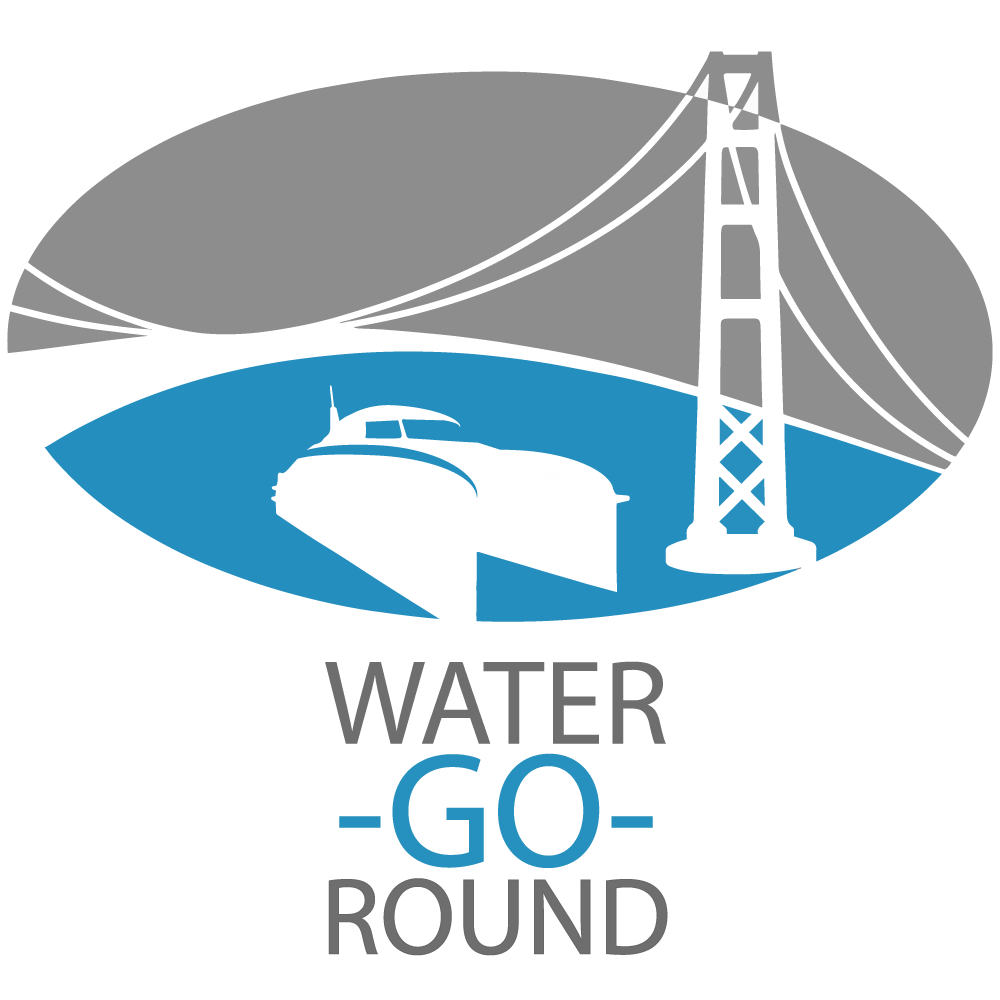 In 2018 Dr. Pratt left Sandia to start his own company, Golden Gate Zero Emission Marine, with the purpose of showcasing to the world the commercial viability of hydrogen fuel cell power systems for maritime. Located in Silicon Valley, Dr. Pratt took a non-conventional approach to typical SV startups by focusing on a "show not tell" approach to his technology. With years of proven fuel cell experience Dr. Pratt didn't need smoke and mirrors or to sell futures to acquire funding. Instead, he looked to a funding system he already had familiarity with: Grant Funding.

In May of 2018 Golden Gate Zero Emission Marine was awarded a $3 million grant by the California Air Resources Board to build the first hydrogen fuel cell passenger ferry in the United States. The vessel, named the Water-Go-Round was designed to demonstrate a pathway to commercialization for zero-emission hydrogen fuel cell marine technologies. This 70-foot aluminum catamaran brought together key players in the hydrogen space and large names in maritime to show off the potential fuel cells have in a marine application. 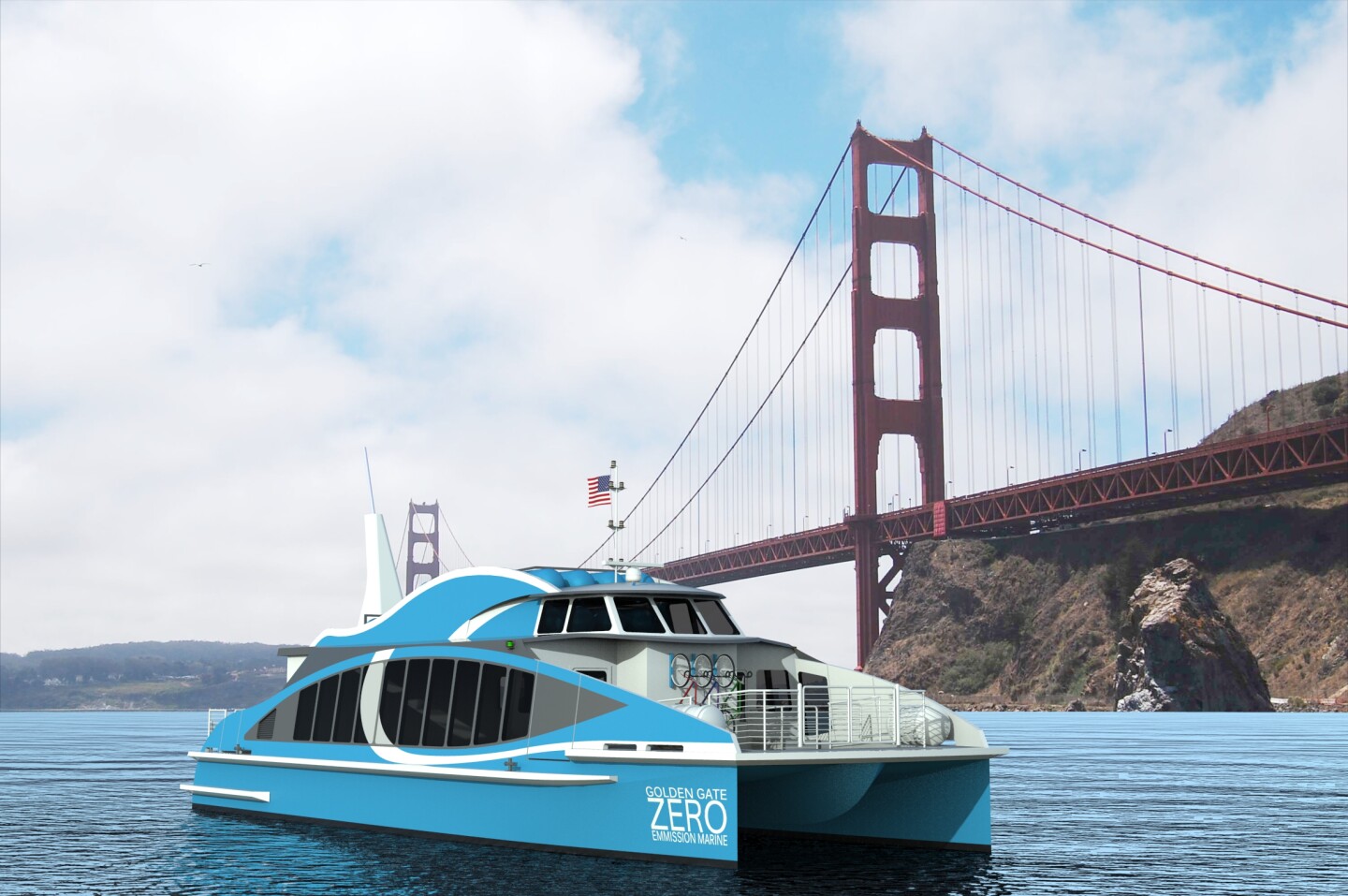 An Executive Vice President
and a New Vessel

With the Water-Go-Round Project underway Dr. Pratt's one man company began to take on more opportunity than a single individual could handle. To support it's growth Golden Gate Zero Emission Marine worked with Tengu Strategic, a consulting company which provided revenue centric, strategic, and technical product development services. Tengu Strategic founder, John Motlow, immediately recognized that not only his talents were a perfect fit for bringing hydrogen technology to market, but what Dr. Pratt was building would have an incredible impact on the world.

In the third quarter of 2018 John decided he would no longer support Dr. Pratt as a consultant and instead transitioned to putting 100% of his effort toward growing  GGZEM, joining the company full time as the Executive Vice President. At around the same time the Water-Go-Round officially began construction in Alameda, California. With the build under-way and the team beginning to grow eyes from across the zero-emission power system and marine market turned toward GGZEM with interest in what was next for the vessel and team looking to change the future of maritime. 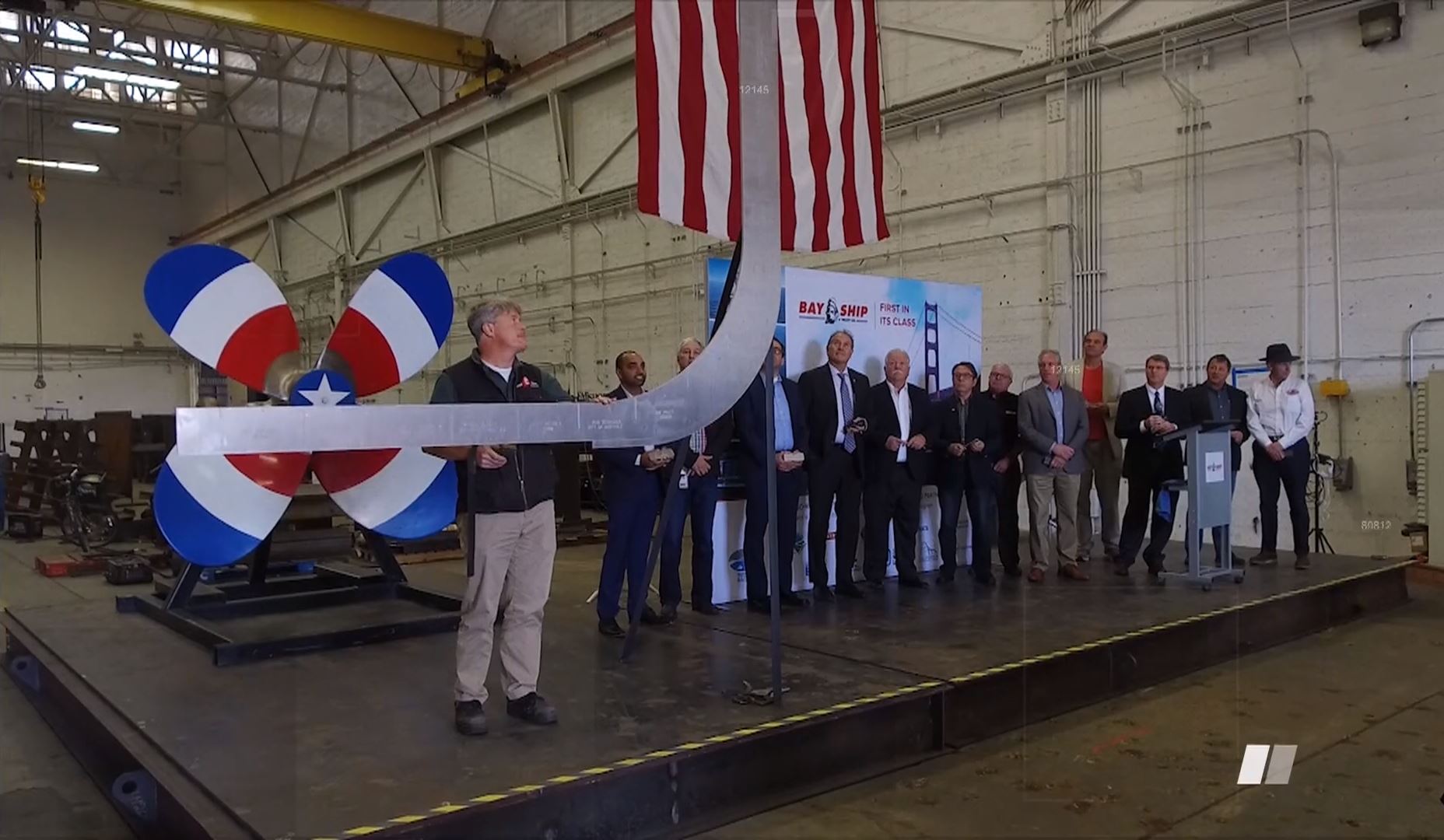 <
The Keel Laying Ceremony for the Water-Go-Round, a commemorative event to announce the official start of a vessel build

While under construction the Water-Go-Round gained massive attention throughout the maritime community and as vessel owner's knowledge of fuel cell technology grew so too did their interest in owning a fuel cell powered vessel. GGZEM received inquiries regarding the development of hydrogen systems for vessel owners from all over the world. Among these inquiries were Switch Maritime, a zero emission ferry operator out of the east coast of the United States, that was interested in purchasing the Water-Go-Round.

With an opportunity to pre-sell the Water-Go-Round and achieve a goal of proving the commercial demand for fuel cells in maritime GGZEM couldn't be more excited. In the 2nd Quarter of 2019 Switch Maritime purchased and renamed GGZEM's hydrogen fuel cell ferry to The Sea Change, marking the first time in history that a hydrogen powered vessel was purchased and designated for commercial use. This massive milestone actualized the years of research Dr. Pratt spent proving fuel cells as a viable solution for our maritime emission problem. 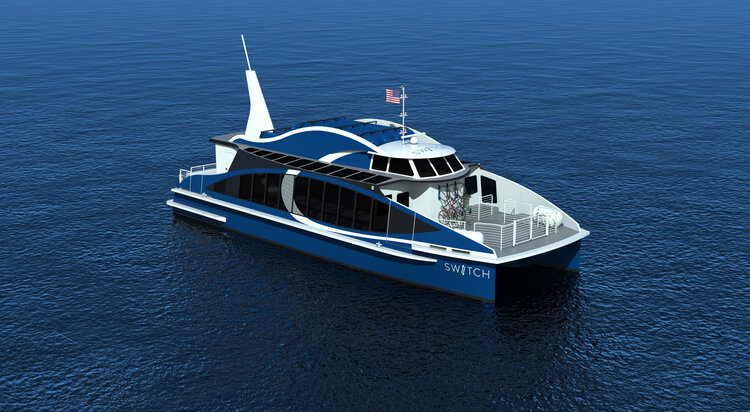 With The Sea Change purchased GGZEM began 2020 by putting forth all of its efforts toward delivering the new owners a state of the art hydrogen power system. During a crucial portion of the vessel build phase complications at The Sea Change's shipyard warranted  relocation and as a result the GGZEM team perused alternate build sites. All American Marine, a shipyard located in Bellingham, Washington specializing in cutting edge aluminum catamaran ferries, were the perfect fit to complete the work remaining on the vessel.

Soon after delivering the Sea Change to its new home Dr. Pratt and John recognized a need to expand the team to actualize a new vision that was beginning to take shape for the company. Two new full time employees joined GGZEM: Danny Terlip and Ricky Elder.  With over 11 years of hydrogen experience from work for the US Department of Defense and  National Renewable Energy Lab, Danny serves as the team's Lead Engineer. Ricky interned with GGZEM in the summer of 2019 and has come on full time to support marketing and sales development as a Junior Manager, Special Projects. 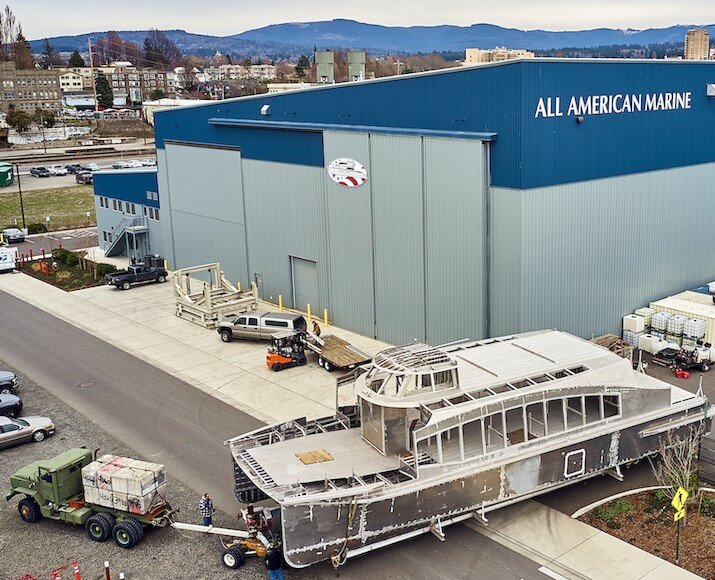 <
The Sea Change being delivered to All American Marine's shop in Bellingham, WA

With the team and vision for the company growing beyond the pursuit to simply showcase fuel cell technology so too did the brand. In early 2021 Golden Gate Zero Emission Marine rebranded to Zero Emission Industries (ZEI). With the same core philosophy of "show not tell" ZEI remains a provider of hydrogen showcase projects for the maritime community while simultaneously providing productized solutions to complicated challenges inhibiting mass adoption of hydrogen fuel cells.

Zero Emission Industries represents not only a new future for Dr. Pratts company but a massive step toward commercialized and proven hydrogen systems in a world in need of zero emission power. With the primary focus still on maritime, ZEI is researching and developing technologies viable for all industries and business verticals interested in employing hydrogen fuel cell technology solutions.

<
The ZEI Team on the Sea Change 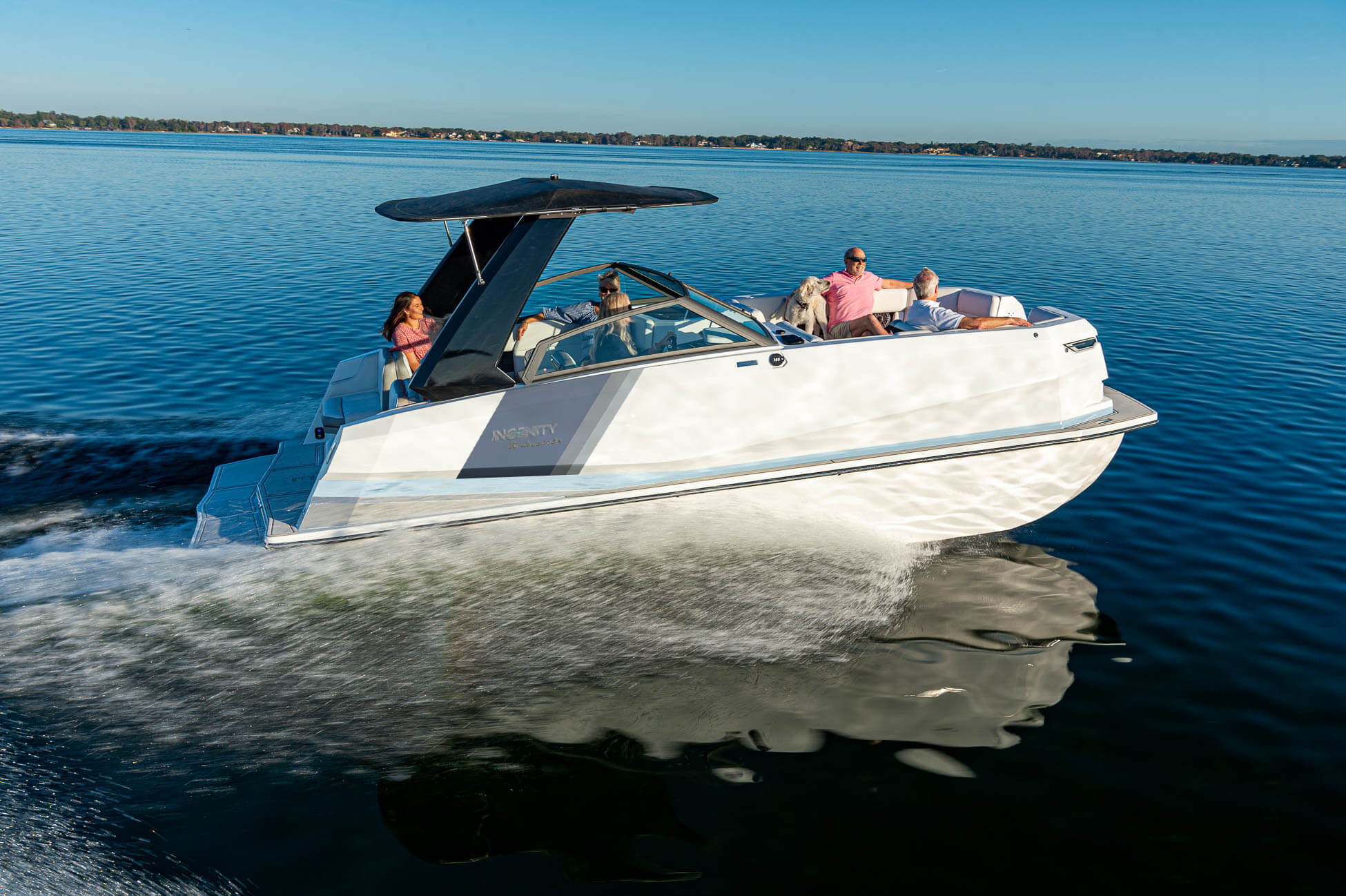 Taking learnings from the sea change, the Small Fast Harbor Craft will house a powerful, compact, and cost effective hydrogen fuel cell power system showing off a state of the art storage and safety system. The fueling system for the project includes a first of its kind fueling interface which simplifies the traditionally complex and high-cost systems required for transferring hydrogen to end users. With a completion date set for the end of 2024, the Small Fast Harbor Craft Project will be demonstrated for a 6 month period in which the ZEI team will show off the novel technology developed on this project.

Development of Our Product Offerings

From the years of hydrogen experience at national labs as well as putting the "show not tell" philosophy to practice with two major hydrogen fuel cell showcases the ZEI team identifies critical challenges in the market to which there are few or no currently available solutions. ZEI's individual and team reputation and exposure has enabled us to have a large number of conversations with hydrogen technology adopters in a variety of market segments. These insights have given us the ability to strategically prioritize the development of solutions and products that have the highest impact in driving adoption in the market.

2022 marked the beginning of ZEI's push toward commercializing the hydrogen technology solutions we know will have the largest impact on mass hydrogen adoption. The solutions in development will not only have significant value themselves, but act as market adoption force multipliers which we believe will rapidly open new markets and significantly increase maturity in existing markets. Our team will develop products that bridge gaps we see in the market involving hydrogen fuel cell power trains, hydrogen storage solutions, and hydrogen safety systems.

The Future of Our Team

Continuing to Grow the
Team and Deliver Novel Products

As the Zero Emissions Industries team looks toward the future there is a clear pathway for massive market growth in the hydrogen industry and as a result, ZEI is investing lots of time and resources into hardware development and increasing team size to match that growth. New members of the Zero Emission Team

With a current focus in maritime solutions the ZEI team is working toward a future in removing emissions for power production across all industries.  With hydrogen fuel cell power having viability in so many verticals across so many markets the demand for ZEI's products will only continue to grow and new innovative solutions to challenging gaps in the market will continue to be discovered.

>
Early Stage GGZEM Stuff. Some copy that sticks right next to this photo

Fill out the form below

Fields marked with an asterisk (*) are required.
Thank you! Your submission has been received!
Oops! Something went wrong while submitting the form. 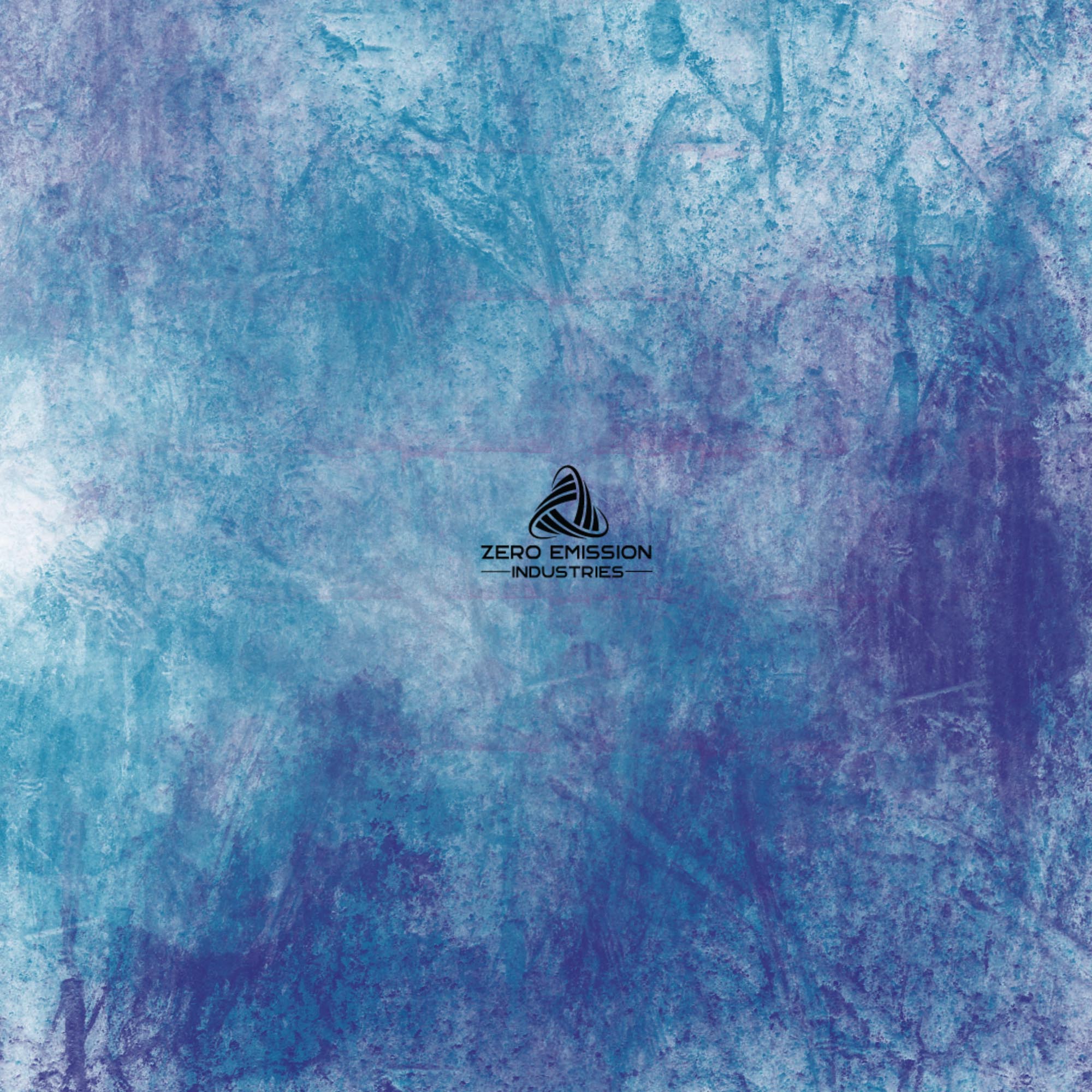 A breath of
fresh innovation.